On Monday, the Kotak Mahindra Bank has announced its partnership with Indigo airlines to launch a new co-branded credit card under the 6E Rewards Programme. The card would be named ‘Ka-Ching‘ and has been scheduled to be launched next month, i.e, in November 2021. Keeping in mind that most consumers look for credit cards with travel benefits and want to redeem their reward points for mostly flight bookings or other travel spends, the Kotak Bank has come up with this decision to collaborate with Indigo airlines. Keep reading to know more about this new offering by the bank: 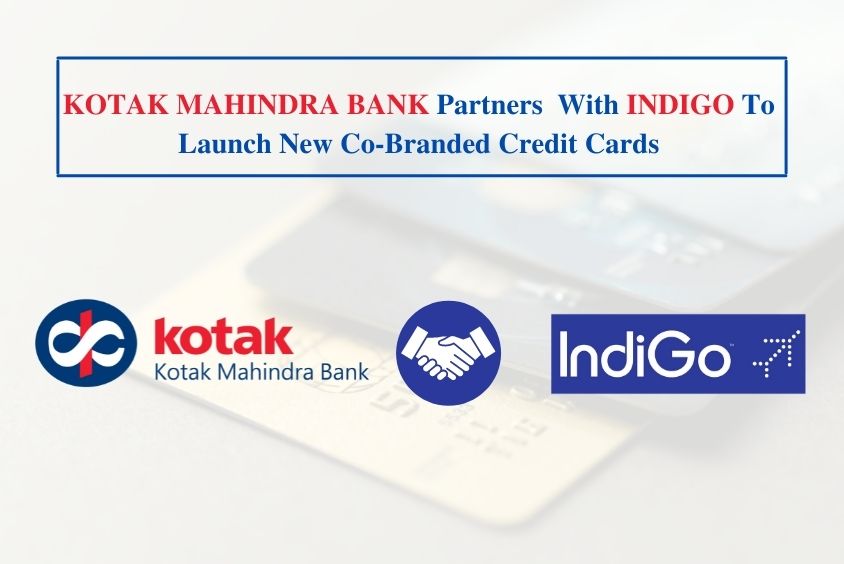 The Ka-Ching credit card will be issued in two variants: 6E Rewards and 6E Rewards XL, just like the two issued by HDFC Bank, where the 6E Rewards XL variant is superior to the other one. This new offering by the bank is aimed at providing its customers with exclusive travel benefits on their domestic as well as international travel. As the is card is being launched under the 6E Rewards program, the customers having this card will be rewarded in the form of 6E Rewards that they will earn not only on their travel spends, but also on other categories, including dining, shopping, and many more. According to research on credit cardholders, travel is the most desired category when it comes to the redemption of reward points. Most of the consumers want their earned rewards to be redeemed against travel-related bookings in order to save a lot. The Ka-Ching credit card will not only allow its customers to redeem their 6E rewards against flight bookings, but they will get some exciting privileges, such as complimentary air tickets, priority check-in, etc.

On this, Ambuj Chandna, Consumer assets president of the Kotak Mahindra Bank, says, “The card is going to provide a rewarding travel experience to all – whether traveling for business or for leisure or traveling within the country or internationally for any purpose.”

The Ka-Ching Credit card is going to provide exciting travel experiences to its customers as they can not only redeem their reward points against travel-related bookings but also get other exclusive privileges. Keeping the increasing travel needs of individuals in mind, it seems to be very beneficial for the consumers. The HDFC Bank already issues credit cards in partnership with Indigo (6E Rewards Indigo HDFC Bank Credit Card & 6E rewards XL Indigo HDFC bank Credit Card), on the Mastercard network, which are not being issued currently due to the ban on Mastercard. Moreover, due to this ban, we can expect that the Ka-Ching Credit Card by the Kotak Bank will most probably be issued on the Visa network. What are your views on this new offering by the bank? Do let us know in the comment section below!