The ICICI Bank has announced its partnership with NPCI (National Payments Corporation of India) to launch RuPay Credit Cards and the very first card to be offered on the RuPay network is the Coral Credit Card. The Rupay variant of this card seems to be very similar to its Visa variant which is already issued by the bank. However, the cardholder may avail of the additional deals and offers that are exclusively for the Rupay cardholders. From a decent reward rate to basic travel benefits like lounge access, this card offers various exciting benefits with a nominal annual membership fee. For further information about the ICICI Coral RuPay Credit Card, keep reading: 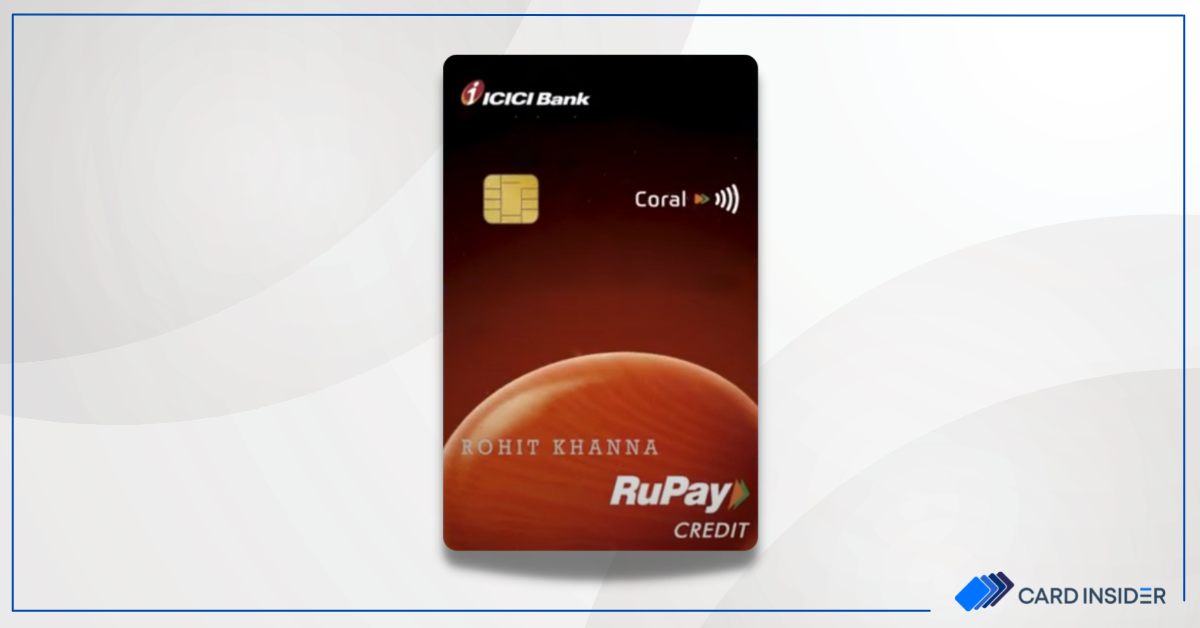 The Coral Credit Card will now also be offered on the RuPay card network as ICICI Bank has recently partnered with NPCI to launch RuPay Credit Cards. The ICICI RuPay Coral Credit Card is just the same as the Visa variant. The only difference here can be in the benefits that are offered by the network, such as the list of airport lounges that is different for different card networks. The Coral Rupay Credit Card comes with an annual fee of Rs. 499 and several decent features & benefits across different categories. The following are some important advantages of this card:

– 2 Reward Points on every Rs. 100 spent on retail purchases except fuel.
– 1 Reward Point on every Rs. 100 spent on utility and insurance spends.
– Get 25% discount (up to Rs. 100) on movie ticket bookings through BookMyShow/Inox.
– 1 complimentary domestic and 1 railway lounge access per quarter.
– Get up to 10,000 bonus Reward Points every year on achieving the spend milestone.
– Up to 15% on dining via the ICICI Bank’s Culinary Treats Programme.
– An insurance cover worth Rs. 2 lakh against personal accidental death.
– 1% fuel surcharge waiver.
– Get concierge services accessible 24*7.

The ICICI Bank’s partnership with RuPay seems to be beneficial for those who are loyal to the RuPay cards. We may expect that the customer base of ICICI Bank might grow due to this new partnership as people will now have more options to choose from. The Coral Visa Credit Card is already among the top credit cards in the entry-level category and now its RuPay variant has also been added to the list. So, if you are looking for an affordable credit card with great features to start your credit journey with, the newly launched Coral Rupay Credit Card is not at all a bad deal.