After a long wait on UPI linkage with Credit Cards, RBI Governor Shaktikanta Das announced that the Credit Cards issued on the Rupay Platform would be linked to Unified Payments Interface (UPI) payments. Until now, people were able to make UPI Payments only through their Bank accounts or Debit Cards, but with the recent move made by RBI and NPCI, one can now make UPI Payments with their Credit Cards as well. The PNB, Union Bank, and the Indian Bank are the first banks to launch their Rupay Credit Cards on UPI. 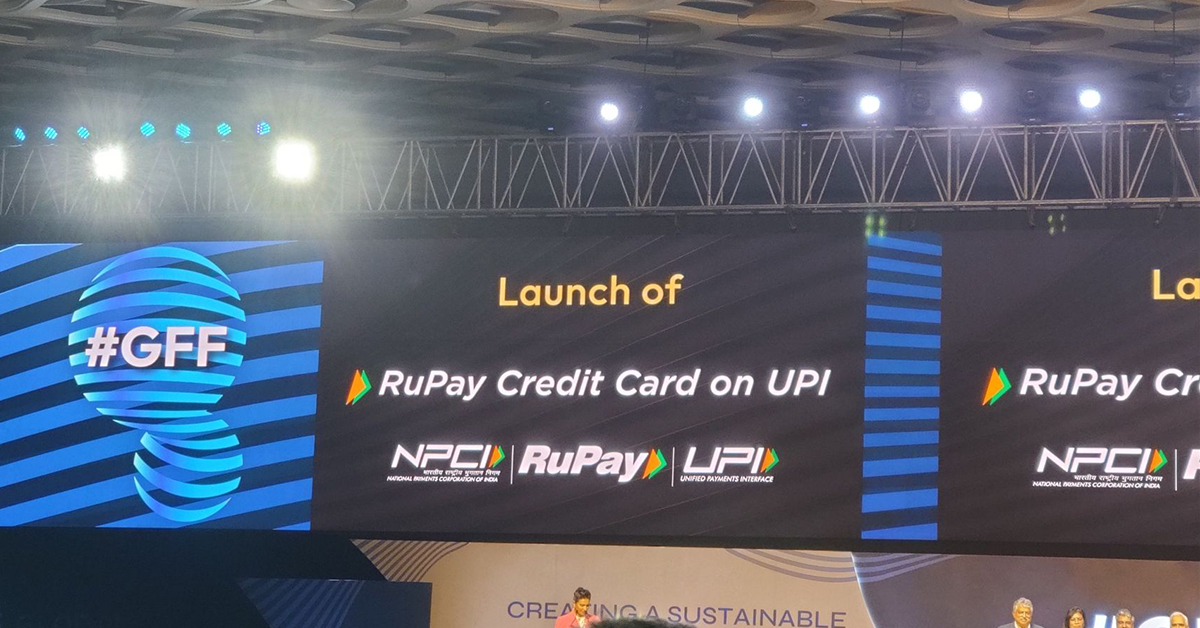 The Linkage of Credit Cards with UPI will definitely transform the market in coming years as UPI is the highly used payment option in the country. With the launch of credit cards on UPI, more individuals will connect with it. To know more about the linkage of UPI with Credit Cards and the payment method acceptable, refer to the following information.

As the Indian Economy is moving toward a Cashless economy, one more advancement has been made by the Central Bank of India, RBI. Now the Rupay Credit Cardholders can make transactions with their credit cards via UPI payment apps. At present, the first banks to provide this facility are PNB, Union Bank, and the Indian Bank. If you hold a Rupay Credit card issued by any of these issuers, then you can start making payments via UPI on NPCI’s BHIM app.

There are around 4 Million Merchants all over the country that accept credit cards as the mode of payment. Whereas, there are more than 50 Million Merchants in the country that accept UPI Payments. Therefore, linking Credit cards with UPI will not only increase the number of merchants accepting credit cards but also the overall transactions would also increase. Earlier the credit cardholders were able to make payments via PoS Machine. But now, they can make seamless transactions via UPI.

As we all are well aware of the fact that Rupay Debit Credit cards linked with UPI attracted zero MDR, the other networks (Visa/MasterCard) also attracted a very low MDR of 0.9%. Making payments with credit cards on other platforms (PoS, net banking, etc.) carried an MDR of 2-3%. Now the question is that what will be the MDR on payments with Credit cards on UPI?

The Central Bank has not provided any information on this topic but it is expected that small credit card transactions via UPI will carry a very low or zero MDR while bigger transactions may carry an MDR of 2-2.5%.

Linking Credit Cards with UPI will allow cardholders to make transactions in a seamless manner. Moreover, swiping a credit card is not possible everywhere, whereas making a payment with UPI is accepted all over the country. At present, only a few banks have received a green signal for launching their Rupay Credit Cards on UPI. Other major credit card issuers like HDFC, ICICI, Axis, SBI, and more are yet to launch their credit cards on UPI. Undoubtedly, the UPI linkage with Credit cars will definitely onboard more transactions and users on the UPI Platform. What are your views on this move by the Central Bank and what are your expectations with Credit Cards on UPI? Let us know in the comment section below.