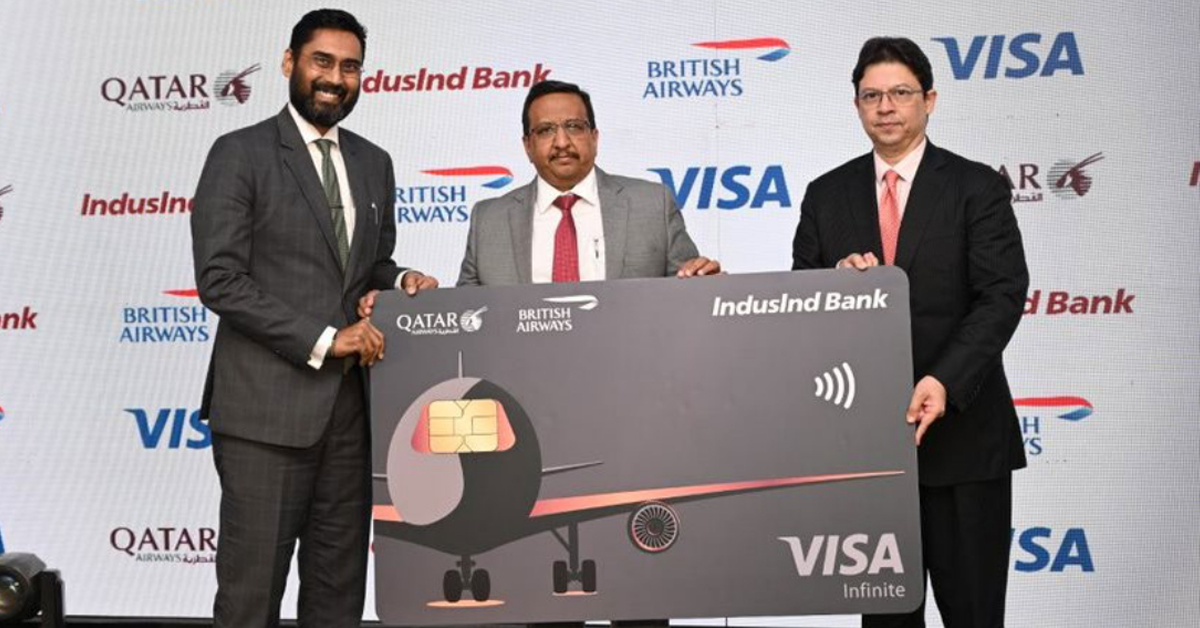 The British and Qatar Airways co-branded Credit Card by IndusInd Bank would be launched on the Visa network and is expected to come into the market by the first quarter of the financial year 2023-2024. As the IndusInd Bank has announced that this card would be available in the Infinite variant of Visa, we can assume that it is going to be a premium credit card that would offer exciting rewards and travel-related benefits. The card will reward its customers in the form of Avios, which is the reward currency of British Airlines as well as Qatar Airways.

It is going to be the first joint co-branded credit card and some of its benefits include meet-and-greet services, concierge services, etc. Along with this, the cardholders would have an opportunity to earn more and more Avios by choosing a loyalty program at their convenience. Other features and information about the card have not been disclosed yet, but it can be assumed that this multi-branded card would definitely have some exclusive features.

The launch of this multi-branded credit card by IndusInd Bank is a great news for people who travel frequently via British Airways or Qatar Airways or both. However, the benefits, fees & charges, and other features of this card are not out as of now, we can expect a premium card with some great travel benefits. It will be introduced in the market very soon and we will update the article as soon as any further information is disclosed by the issuer. If you want to get further details about this card, Stay Tuned!