These days, almost everyone is aware of credit cards and their functions, but not of ‘Charge Cards. Even if you have heard the term, you might have some confusion about how it is different from a credit card. Credit Card has become an essential financial tool in everyone’s life, whereas, charge cards are still lesser-known and are used by only a few percentage of people. Many people use the term ‘Credit Card’ for ‘Charge Cards’ and vice versa as they consider both as the same thing. 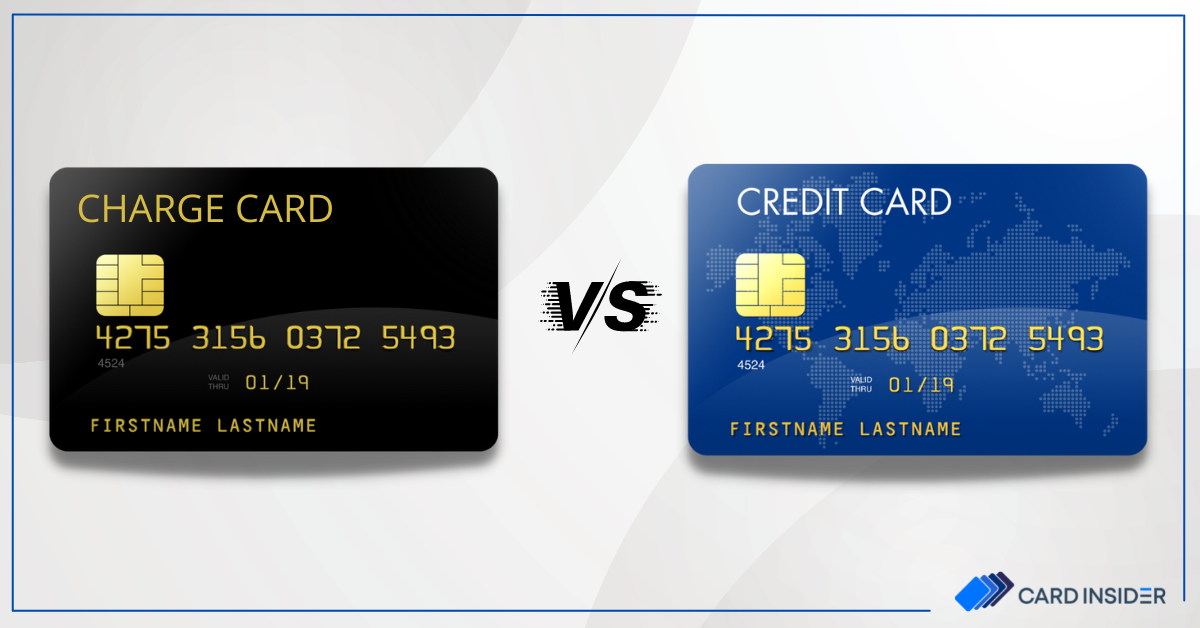 But, there are a lot of differences between the two. A Credit Card is much more convenient to use as it provides the cardholders with an option to pay their bills in parts or in full as per their comfort, but the charge cards don’t come with any such option as the bill is to be paid in full every time. It can also be taken as an advantage as some users use a charge card more responsibly than they use a credit card, but that is the case always.

Apart from this, there are several factors that make a credit card different from a charge card. In this article, we will discuss what both types of cards are and what are some major differences between them. Keep reading for further information:

What is a Credit Card?

A Credit Card is a type of card that can be used to make purchases for which an individual can pay later. There are lots of major credit card issuers in India that offer several credit cards in different categories like travel, rewards, shopping, and many more. Different credit cards may have different features and charges, but the functioning of all credit cards is almost the same. The cardholders are provided with a credit limit which can be defined as the maximum amount that one can spend in a Billing cycle using a credit card. One billing cycle is generally equal to one month and it can be defined as the time period between two billing statement generation dates.

A billing cycle starts the day when you receive your credit card from the card issuer and ends after almost 30 days and then your bill is generated. This bill needs to be paid within 15-20 days after the date of bill generation and this period of 15-20 days which is given to the cardholders to pay their bills is known as a Grace period. The last day of the grace period is known as the payment due date, i.e, the date by which the credit card bill needs to be paid. The cardholders can either pay the minimum due amount (which is around 5% of the total bill) or the total outstanding amount as per their convenience. By paying the minimum due amount, one can avoid late payment charges, but the interest starts accruing on the rest of the amount. However, if someone is paying the credit card bill in full, he/she can avoid interest as well.

What is a Charge Card?

Charge Cards are also similar to credit cards in terms of borrowing as you borrow money from the card issuer. But, there is no pre-set maximum limit on the amount that can be spent in a particular month, i.e, you can spend any amount that you need. But, the story doesn’t end here. Charge Cards don’t provide you with an option to pay a minimum due amount but you have to pay the full outstanding balance every month. So, even if you are spending Rs. 1 lakh in a month using a Charge Card, you will have to pay the whole amount on the billing date.

As charge cards need to be paid in full every month, there are no interest charges associated with them. But, yes, there is a late payment fee that is charged when a cardholder fails to make timely payments. Though the Charge Cards are not widely accepted in India, some people still prefer having them.

Difference Between a Credit Card and a Charge Card

Now, we have understood the definitions of credit cards and charge cards. Let us discuss the major differences between these two via the following table:

Now, we hope that you have understood how charge cards are different from credit cards. Credit Cards have an upper hand here as these come with a pre-set spending limit so a cardholder can not overspend unnecessarily. Even spending the whole provided credit limit is not advisable in order to maintain a good score. Also, Credit Cards are much more acceptable compared to charge cards which have not yet gained much popularity in the markets. The only advantage of having a charge card is that you have to pay the bill in full each month so there are no interest charges. But at the same time, this can also be a disadvantage sometimes as there might be situations when you can not pay the whole bill at once.