The Axis Bank partnered with the leading e-commerce company, Flipkart, in 2019 and launched a co-branded card named Flipkart Axis Bank Credit Card, which became one of the most popular cards in India very soon after that. This time, the card issuer has come up with another Flipkart co-branded card named Flipkart Axis Bank Super Elite Credit Card, which majorly targets the people who are loyal to Flipkart and use it for all their online shopping needs. 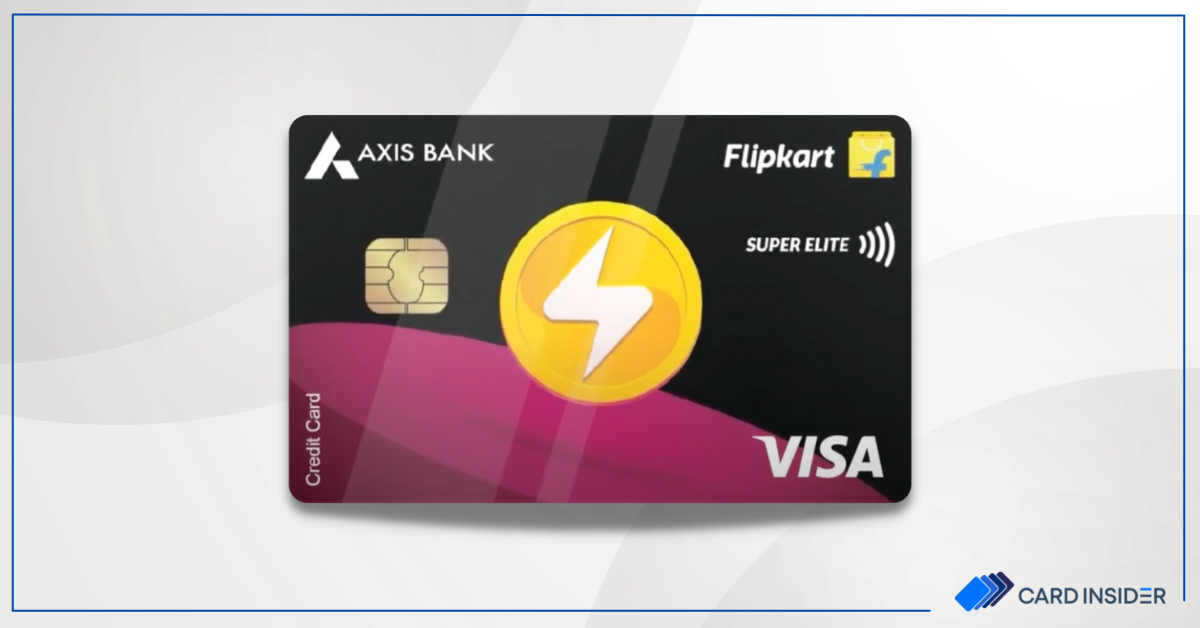 With this card, the cardholders will get rewarded in the form of Supercoins that can not only be used on Flipkart but also across other premium brands, including Myntra, Cleartrip, etc. With a great reward rate on Flipkart, the card also offers a decent reward rate on all other spends. Though the annual fee of the card has not been disclosed yet by the bank, we are assuming that it would be an affordable one. Read on for more information about the card & its features:

Axis Bank is going to add up a new credit card in its Flipkart co-branded cards range. The card is named ‘Flipkart Axis Bank Super Elite Credit Card’ and it is going to be of great value for those who make very frequent purchases on Flipkart. The annual fee of this card is Rs. 500 and it welcomes you with a bouquet of exciting gifts. The card offers double benefits to the Plus members on Flipkart purchases as they earn 2x Supercoins, but the reward rate is not at all bad for non-plus members. However, there is a certain transaction limit up to which the cardholders can earn accelerated Supercoins on their Flipkart purchases, but no such capping is there on other retail spends. The detailed features of this card are given below:

Axis Bank is now offering two credit cards in partnership with Flipkart and both of them seem to be exclusively amazing for frequent shoppers and especially beneficial for Flipkart loyal customers. Now, if you are unable to understand the difference between these two cards, have a look at the following comparison table:

With the above table, you might have observed that the newly launched Super Elite Card is extremely beneficial for Flipkart purchases, whereas the Flipkart Axis Bank Credit Card is a better option for those who want to earn accelerated cashback on a few other brands as well.

The new Super Elite Credit Card by Axis Bank and Flipkart is going to provide you with even more rewarding shopping experiences as you have an opportunity to save up to 12% on your purchases. With such an amazing reward rate, it will be giving direct competition to all other shopping credit cards available in the market. The only thing that you need to keep in mind here is that there is maximum capping on transaction value up to which you can earn accelerated supercoins. But, that doesn’t make it much of a negative point as up to a 12% reward rate is still not a bad deal. Talking about its annual fees, the card issuer has not disclosed much detailed information about other features and fees & charges of this card. We will update the article once the details are released officially. Stay Tuned!