RBI in a press release today announced that it is lifting the restrictions imposed on the Diners Club payment network that disallowed them from onboarding new domestic customers on their payment network with immediate effect. Earlier this year, RBI had imposed a ban on Diners Club w.e.f. 1st May 2021 by an order dated 23rd April 2021. 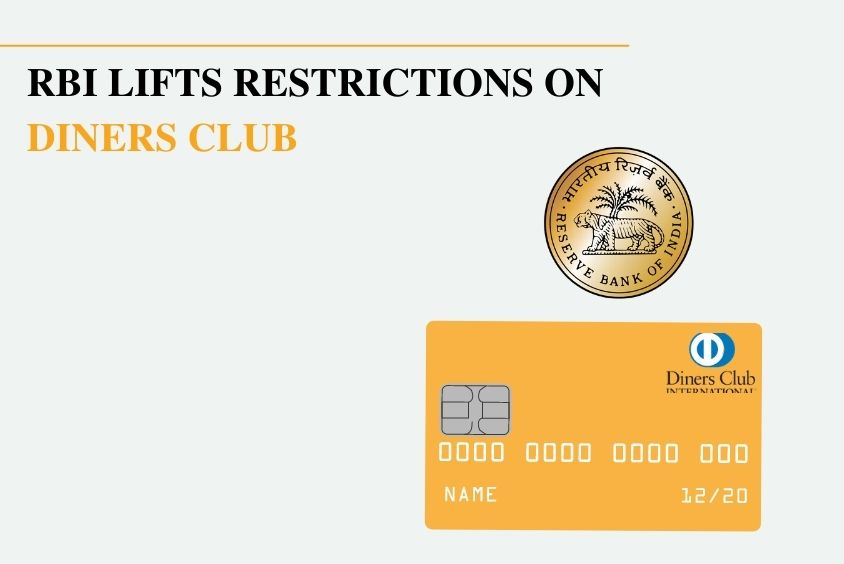 Why was the ban imposed?

RBI had imposed an embargo on Diners Club and American Express payment networks restricting them from onboarding new domestic customers w.e.f. 1st May 2021. The ban was imposed owing to non-compliance of RBI guidelines by the payment networks that mandated the storage of the payment data of Indian customers within the territory of India.

It is worth noting that RBI had mandated the storage of payment data of Indian customers within the territory of India in April 2018. Both card issuers and payment networks were hesitant in the implementation of the order, therefore RBI also had to extend the deadline for implementation multiple times.

Earlier this year in July, RBI also banned MasterCard from onboarding new customers on its network citing the same reason, leaving Visa and Rupay as the only two payment networks which card issuers could issue new credit cards on.

RBI has been quite aggressive with respect to the implementation of its guidelines in the last few months. With the exception of Visa, which had complied with the RBI guidelines regarding the storage of payment data, and RuPay, which is a domestic payment network, RBI had barred all the other three payment networks in the country including MasterCard from onboarding new customers. Earlier, in December 2020, RBI had banned HDFC Bank from issuing new credit cards citing its poor IT infrastructure; the ban lasted nine months before it was partly lifted in August this year allowing the bank to onboard new customers, however, HDFC is still not allowed to launch new credit cards in the market.

MasterCard and American Express also must ensure compliance with RBI guidelines regarding payment data storage if they are to survive in the credit card market space in India, while HDFC Bank is expected to get relief from RBI very soon followed by new launches.