The ICICI Bank has recently launched three co-branded travel credit cards in partnership with Emirates Airlines and now the card issuer has come up with another exclusive card named Chennai Super Kings ICICI Bank Credit Card. Keeping the cricket love of its customers in mind, the ICICI Bank has partnered with the iconic team Chennai Super Kings and launched the exclusive card for CSK fans. The card issuer already offers two co-branded cards in partnership with Manchester United and now this new card has also been added to the bank’s co-branded card range that is targeted at sports enthusiasts. To know more about this new offering by the card, keep reading the article: 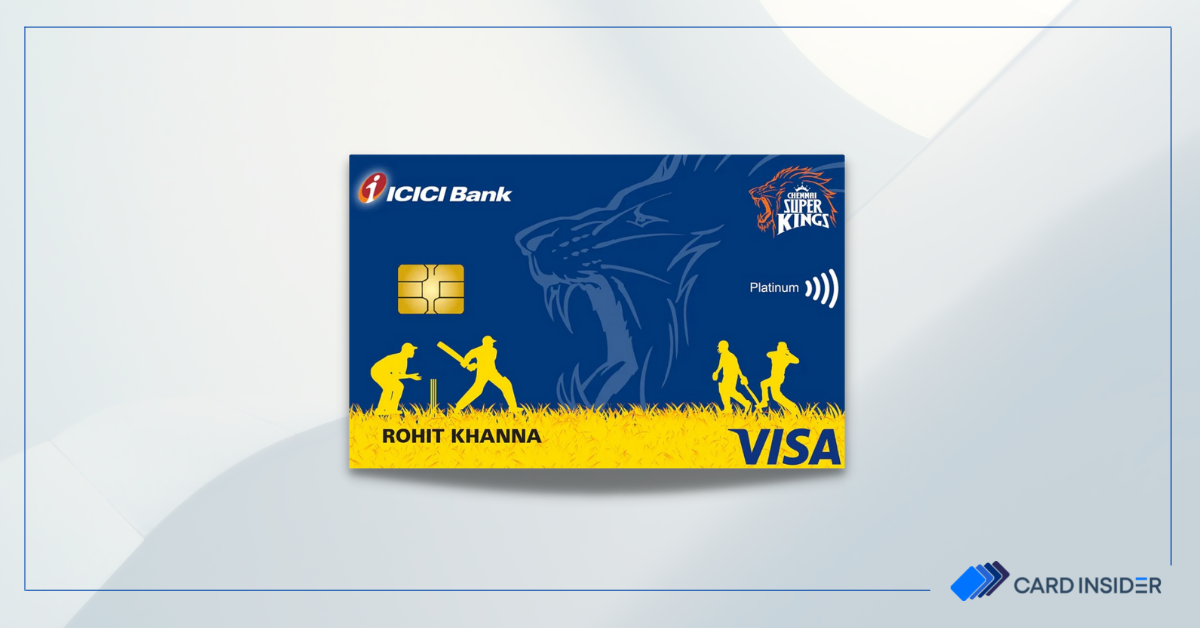 The Chennai Super Kings ICICI Bank Credit Card is targeted at the ICICI Bank customers who are big fans of CSK. The card benefits you the most during the CSK match days as the reward rate increases to 5 times the normal reward rate. Moreover, the cardholders get several exciting opportunities, such as meeting the key players of the team, attending their practice sessions, and many more. The annual fee of the CSK ICICI Bank Credit Card has not been disclosed by the bank yet, but a few features and benefits of the card are as mentioned below:

– The cardholders get a joining and renewal benefit of 2,000 bonus Reward Points that can be redeemed against CSK merchandise.
– The top spenders of every month get memorabilia with the autograph of popular players of the team.
– Cardholders can also get complimentary tickets to CSK matches during the playing season.
– You may get a chance to meet the top players of the team.
– You may get an opportunity to attend the team’s practice sessions.
– Complimentary domestic airport lounge access to selected airports in India.
– 2 Reward Points on every retail spend of Rs. 100.
– 5x Reward Points on all retail spends during CSK match days.
– Exciting discount offers on dining and movies.
– 1% fuel surcharge waiver at all HPCL fuel stations.