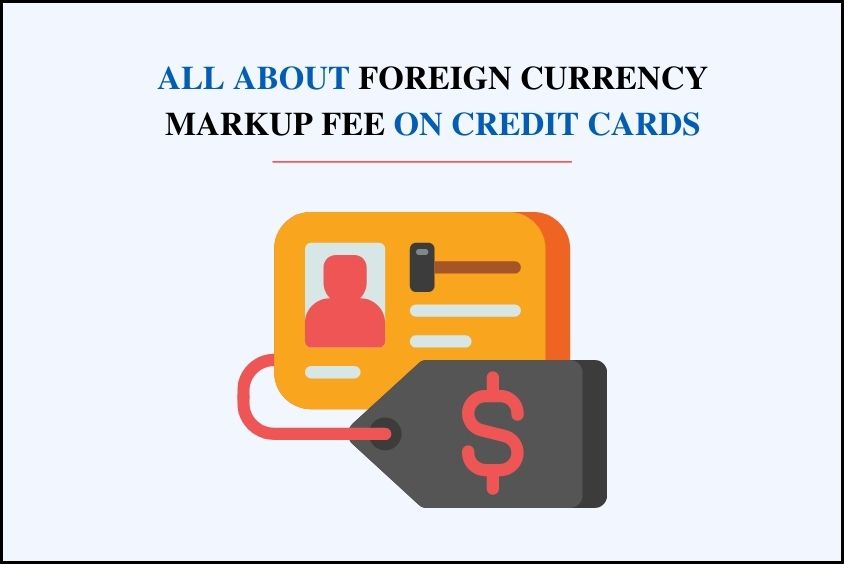 What is a Foreign Currency Markup Fee?

How Does the Forex Markup Fee Work?

When you make a purchase/transaction in a different currency, your card issuer charges a forex markup fee, which is generally a percentage of the total transaction amount. Most of the credit cards in India charge a foreign currency markup fee of 3.5% of the total amount. Suppose you make a transaction in US dollars. Then your card will first convert the total amount in Indian rupees and then 3.5% of the amount will be charged as the fee. For example, you purchase something worth USD 150. Now, this amount will be first converted into Indian Rupees, which will be equivalent to Rs. 11,100, assuming that USD 1 = Re. 74. If your card charges a forex markup fee of 3.5% then it will be Rs. 388.5 and hence you will have to pay a total of Rs. 11,488.5 for this transaction.

Other Charges That Are Applicable on International Transactions

Other than the foreign currency markup fee that is charged by the card issuer, a currency conversion fee is also charged by the card network. It is generally 1% of the transaction amount for cards having Visa or MasterCard networks. Sometimes it is included in the forex markup fee and the card issuer passes it on to the card network, but in general, it is charged separately. So, if you have a card with a forex markup fee of 3.5% and a currency conversion fee of 1%, then you will be charged a total fee of 4.5% for international transactions.

The facility to make transactions in foreign currency is provided by credit card issuers in order to make it convenient for their customers to make international transactions easily. But, as a credit cardholder, it is important for you to be aware of all the fees & charges that are applicable on such transactions so that you don’t get surprised when you see your credit card bill to be much more than your expectations. If you make foreign currency transactions very often, you should find a credit card with zero/low forex markup fee as the other cards can be really expensive for you in such a case. So, do research and find out some best cards for international transactions and go with them. Moreover, if you are still left with any queries, make sure to ask us in the comment section below!